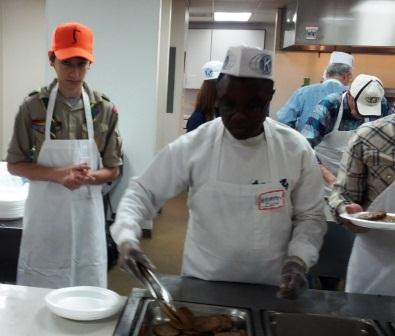 The readers of this blog know that the Kiwanis Club of Arlington is the chartering organization of Troop 5.   Their annual fundraiser is a big pancake breakfast on the last Saturday in February.    The troop always sends a large contingent to work the breakfast. Between the High School Key Clubs, Builders Clubs, and the Kiwanians, this fundraiser runs very smoothly. 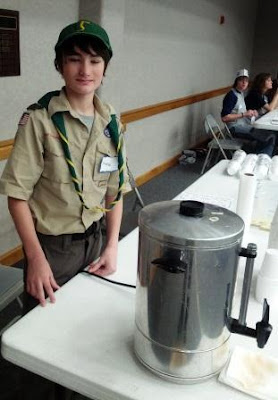 The objective of the Little Troop 5 at this event is to help when asked.   Being the only group with a uniform, we are very visible and are asked to help in the kitchen and the dining room. 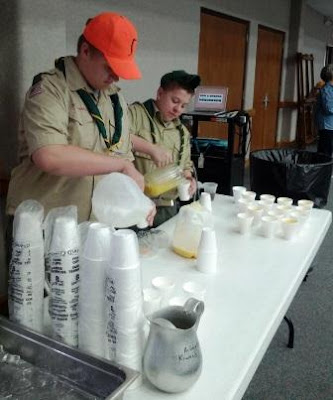 I spent most of my time just wandering around, visiting with people about the troop, and scouting in general.  Standing around with a coffee cup in my hand in scout uniform is something I do very well. I also selfishly look forward to the two grand boys showing up for the breakfast.  It was Nolan’s first.
Posted by J. Gregory Shugart at 7:36 PM 1 comment:

On the things, you have to do after a crash is to get back on the bike.  I had already planned to take the day off on Thursday to go over to Dallas to ride with my college friend, fraternity brother, and former roommate Bob Jung.  (Who I hope reads and clicks on the ads in this blog)

Bob rides, not at the level that I do, but has one Hotter N Hell under his belt.  I was allready to ride him in the ground, show off my new bike and the skinnier me.  Of course, my crash on Monday did a wonderful job of humbling me.

Bob and I did a very nice ride on a beautiful blustery day around White Rock Lake.  It became very clear to me that I banged up my shoulder much more than I thought I did.  It was quite painful to ride and my back got real tense trying to take the load of my shoulder.  I had envisoned a much longer ride.

Bob and I got in a good visit.  In no means did I ever push the pace.  One of the cool things we did do is stop at the Dallas Bicycle Café that just opened by the lake. 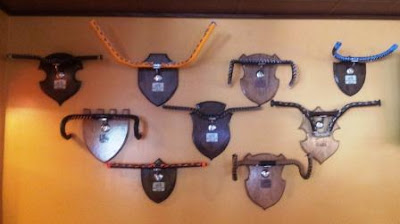 As a cycling geek, it was really cool and I hope it succeeds.  I am already plotting one of my infamous urban centuries .that will make it a destination.
Posted by J. Gregory Shugart at 6:35 PM No comments:

One of the problems with riding the bike as much as I do, you will eventually crash.   I have a few falls over the years.  These crashes caused me to end up with broken bones. strained muscles and road rash. Some think foolishly, I still get back on the bike and ride.

This past Presidents Day, I met the concrete again.   I was riding with my cycling buddies Mark Wessels and Dennis Farris.  We were traveling east bound on 3rd Street coming out of downtown Fort Worth, actually in a bike lane.

The lane was far enough into the road that it allowed for cars to parallel park between the lane and the curb.  I was leading us out of downtown so I was focused on driver sides doors flinging open to block our path.  Because of this,  I missed the expansion joint in the concrete that was running in the middle of the bike lane.  My bike dropped into the joint and I lost control.  I tried to write myself, but it was too late.   I distinctly remember thinking as I was flying through the air, “This better not mess up my cycling season.”

As I tumbled to the ground my right shoulder took the brunt of my fall.  Instantaneously, as I skidded to a halt, the fear of another broken collar bone hits home.  As Mark and Dennis gather my bike and my sunglasses, I laid motionless on the ground out of anxiety that it was going to hurt if I move.

This confused the numerous cars that stopped to check if we needed any help.  As Dennis and Mark asked me I was able to get up, I expressed my concern that I did not want to move.  Dennis, in his normal wit, acknowledge at some point I needed not be in the road.

I sat up, and with the help  of Mark and Dennis stood up.  I discovered that my shoulder, although sore, did not have any sharp pains as if it was broken.  We assessed the damaged on my bike, made sure I could ride and headed to Dennis’ house where Mark would give me a ride home. 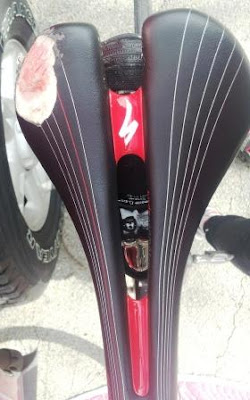 It was a painful and unpleasant ride but we made it.  I would like to note to all those that think bike seats are uncomfortable, when I chunk of padding is missing, you notice.

During the ride I debated the whole emergency room visit.  On the ride home in Mark's SUV, Carol, who as come accustomed to these phone calls from me, suggested I make an appointment at our Doctor’s Clinic.   Hanging up from Carol, I made the appointment.

Mark, as all good cycling buddies would do, dropped me off the house volunteered to take my bike to the shop.  Later in the day, Mark texted me that he told the manager to spare no expense.

I received three stitches in my right elbow and the x-rays confirmed that I had no broken bones.
Posted by J. Gregory Shugart at 6:21 PM 1 comment: 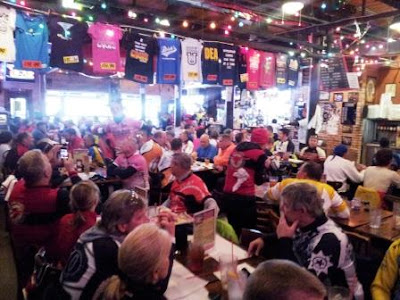 I was very pleased that the Super Bowl ride was not canceled this year.  I find it extremely ironic that the year the Super Bowl was in Arlington last year, the weather did not allow us to ride.

It was a cold and crisp ride with the wind out of the North West.  The crew from Arlington was a third of the size that it normally is for the ride.   However, most of the hearty souls that did the ride are part of my cycling world.

We head to the Westend of Dallas and meet at Dick’s Last Resort.  It turns into a 64.8 mile ride for me round trip.   The Arlington crew is not as social as the rest of DFW Cyclists and we do not stay and eat; but just take a break and turn around.   I was allowed a very short time to visit with my other cycling friends from around the metroplex.  I was yelled at to stop “politicking” and get on the bike. This caused me to fail in letting Carol know I successfully made it to downtown Dallas.

Although I did get good visits with the Arlington crew, particularly with the tailwind headed south.
Posted by J. Gregory Shugart at 7:36 PM No comments:

I am a cyclist; we have covered this in the past.  In my quest of weight loss, I also run during the off-season.  Although I have come to enjoy it more over the years, it still is far more of a chore than riding the bike.  One of the mental tricks on I do to myself is to sign up for a half marathon or two in the off season.  It forces me to stay motivated.

I have the Austin Half coming up in few weeks.  I really do not have a training program.   I read somewhere, at some time, by someone, on the internet that you could ride your bike three times your average ride during the week if you have some kind of base in your legs.

I have taken this random thought I have found on the internet and have applied it to my running.  I have dubbed it the weekly averaging system.  WAS as it will be called in my fitness books.   I see quite a few plays on words with this title.

Today I tested that theory and went out on a 15.3 mile run early this morning.  I am prepared to call my system a success, because I know I am ready for a half marathon in a few weeks.
Posted by J. Gregory Shugart at 6:30 PM No comments: 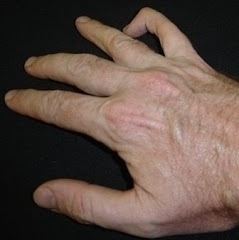